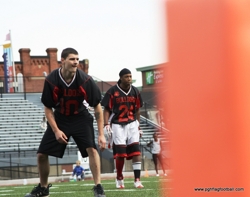 How many of you were the last picked for teams in playground football? Chances are if you were, you’d never admit it and risk every one of your flag football peers finding out that you weren’t the greatest athlete in your youth. While being athletically challenged can be depressing to a prospective player, it does not mean the end of the world.

Obviously if a player possesses abilities to run fast and jump high his chances to be an effective football player are greater. However, in flag football the players with experience and a thorough understanding of the rule book will find ways to defeat the sports freaks. 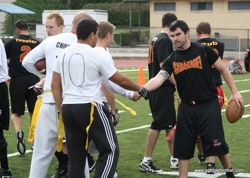 For example, let’s say that a defensive player intercepts a pass and advances to the end zone to give his team the lead. Although a routine interception usually ends in an abrupt dash to the end zone, sometimes moving too hastily can be detrimental. If the player scores on the interception return but leaves enough time for the other team to put together a game-winning drive, then the interception will become meaningless. That’s why savvy veterans pay more attention to the clock toward the end of the game instead of getting angry over an interception.

Furthermore, knowing the rule book empowers players to accurately challenge referees in a professional manner. Especially in the playoffs, having an extensive knowledge of the rules is crucial to advancing. That’s why all of athletically limited readers shouldn’t worry about their physical weaknesses because in flag football geeks trump athletes. 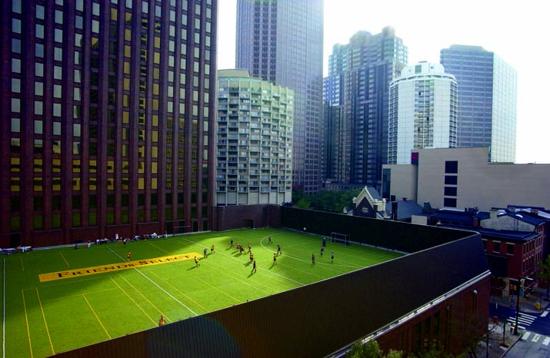